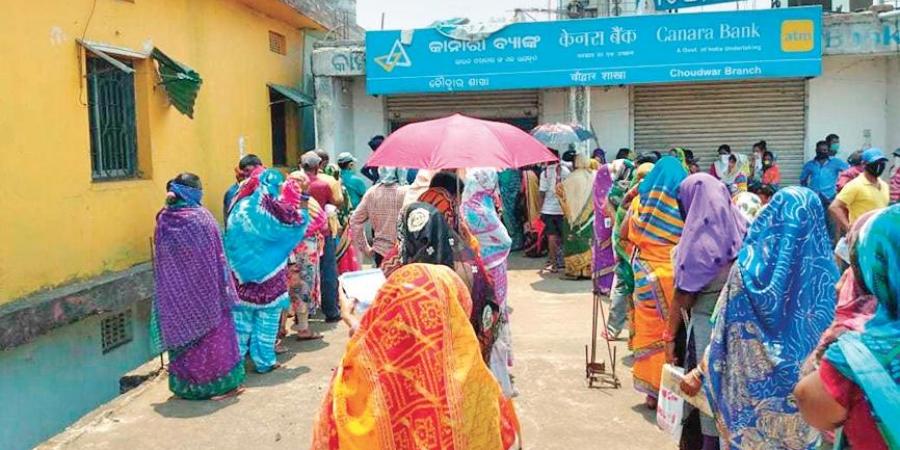 HYDERABAD: A recent report based on a survey claims that Covid-19 relief announced under the Pradhan Mantri Jan Dhan Yojana (PMJDY) has not reached several women in Telangana. Inactive bank accounts under the PMJDY, and lack of information on current operational status, are among the main reasons for the women not getting cash relief amid the lockdown, according to the report.

Under the Covid-19 relief package, Union Finance Minister Nirmala Sitharaman had announced that all women account holders under PMJDY would receive cash transfers of Rs 500 every month for April, May and June 2020.

India has approximately 390 million Jan Dhan account holders, of which around 54 per cent are held by women.

The rapid survey of 12,588 female Jan Dhan account holders across 13 states in India was conducted by the National Coalition of Civil Society Organisations, along with Oxfam India, over a span of two weeks between April 28 and May 12, 2020.

The report stated that at least 16 per cent women reported that their accounts were either not operational, or that they were unsure about the status of their account.

As per the report’s findings, in Telangana, 40.2 per cent of the women surveyed had no idea regarding the operational status of their accounts.

“Due to lack of awareness, it is unlikely that the surveyed women will be able to avail the benefit of this cash transfer (even if it has come to their accounts). This implies they will be effectively filtered out of the social security safety net,” the report stated.

In Telangana, even for those who had operational accounts, none of the surveyed women had received the cash transfer, stated the report. Express spoke to several people from the city with zero accounts (under PMJDY).

C Syadaiah, a daily wage worker from Ramachandrapuram, said, “I had received a message on my phone that I have received Rs 500 in Arpil for the month of April. But when I went to collect the money, officials told me the message was not for my account number, and it might have been a mistake. My wife (S Renuka) has also not received any money, and in her case, officials claim that her account is non-functional."

CS Venkat Lakshmi, a resident of Raj Nagar who works as a house help, said she had only received funds for the month of April.

After that, she had inquired with the bank a couple of times, but the bank claimed to have not received funds from the government. 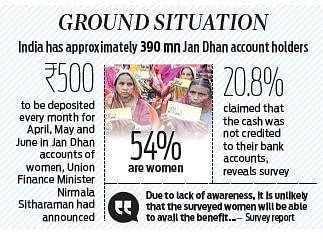