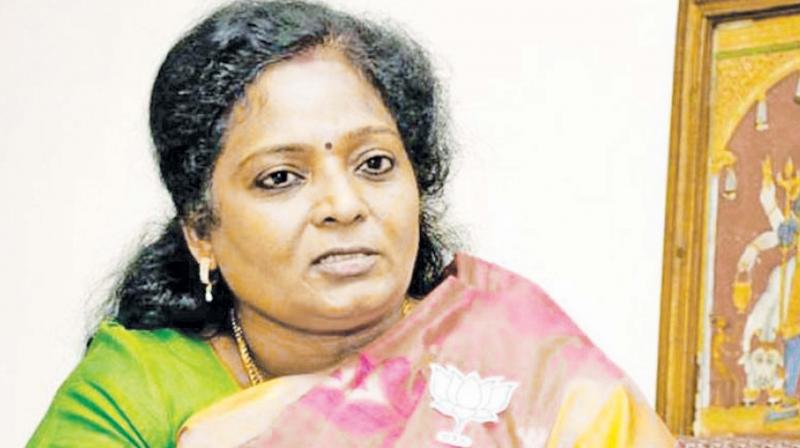 In recent weeks, the governor, a doctor herself and a BJP leader in Tamil Nadu before her appointment, has conducted review meetings with senior health staff and hospital managements, and gave media interviews in which she openly called for more testing and tracing of COVID-19 patients. This has given an opportunity to critics of the TRS government's handling of the pandemic to find their voice.

When chief secretary Somesh Kumar and the principal secretary for health did not attend a review meeting called by the governor to discuss the coronavirus campaign it gave scope for more criticism by the opposition parties.

Since Sundararajan launched her proactive avatar, her Twitter account has become a complaint box for citizens who are dissatisfied with the TRS government's handling of the coronavirus pandemic. Soundararajan recently also engaged with citizens on Twitter.

The BJP has been enthusiastic about the governor's initiative. That party's state unit president, Bandi Sanjay Kumar, said it becomes the duty of the governor, as the constitutional head of the state, to take charge of the matter if the state government was not vigorous enough.

Sanjay did not lose the opportunity to take a dig at chief minister K Chandrashekar Rao who, he said, has become “invisible” in the past 12 days.  “The CM should have personally met the governor and explained the situation rather than create a situation where the governor had to take stock,” Sanjay said.

Some senior Congress leaders have sought president’s rule in the case. In response, TRS leader and State Planning Commission vice-chairman B. Vinod Kumar advised them Congress leaders to read the rule books and Supreme Court judgements.

Congress working president A. Revanth Reddy demanded that Soundararajan should invoke Section 8 of the AP Reorganisation Act which gives the governor special responsibility to ensure the security of the life of the people by declaing health emergency.