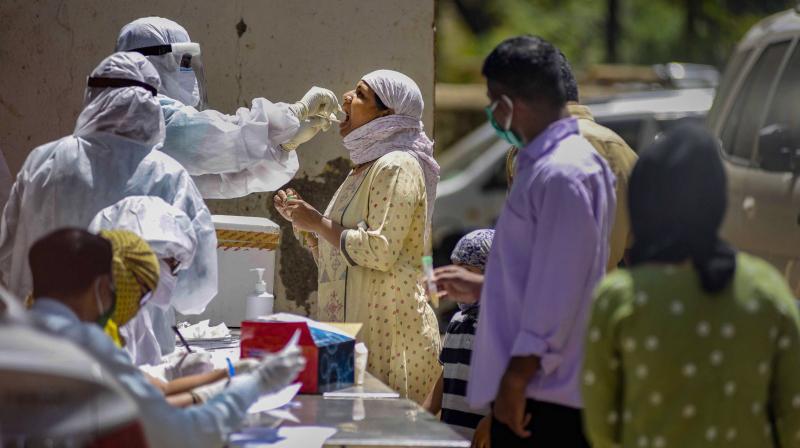 In the last 24 hours, the health officials have introduced these kits in 35 urban primary health centres in Hyderabad, nearly 20 UPHCs in Rangareddy district and 10 in Medchal district. Efforts are on to launch the tests in all the districts in due course.

The initial launch of RAT kits in the three districts has been done given the surge in Covid-19 cases in the last few weeks. Currently, in terms of Covid-19 cases, the three occupy the top three positions in the State, with areas under the GHMC having reported 23,948 cases, followed by Rangareddy (1,941) and Medchal (1,190).

Nasal swab samples of suspected patients are being collected at the UPHCs, and the results are being released within 30 minutes. Senior health officials have pointed out that in the coming days, RAT kits would be extended to 15 more UPHCs in Hyderabad, which will take the total to 50 UPHCs where the rapid testing facility is available.

“Initially, we are just testing 30 to 50 kits in each UPHC. A lot also depends on the number of patients with symptoms walking into the primary health centres. Apart from giving results in just 30 minutes, the speciality of these rapid tests is that once a suspected case tests positive, then there is no need to test them again for confirmation. However, if patients test negative, then they will have to undergo a PCR test, which is why these kits must be utilised judiciously,” they said.

Senior health officials familiar with the initiative said the testing capacity would be gradually increased in the next few weeks. The decision to launch the kits in tertiary hospitals like District Hospital in King Koti is yet to be taken by the Department of Public Health.

The kits, named ‘STANDARD Q COVID-19 Ag’, are being manufactured by SD Biosensor, a South Korean pharma company, and have 50 per cent to 80 per cent sensitivity and 99 per cent to 100 per cent specificity.

Epidemiologists familiar with SD Biosensor said that due to less sensitivity, the rapid kit would give a lot of false negatives and hence the challenge was to ensure that suspected cases who test negative must undergo the PCR test.