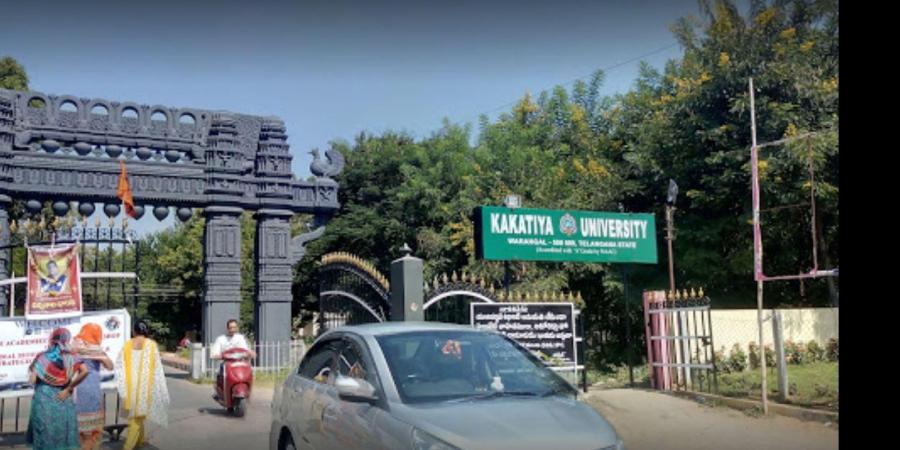 WARANGAL: Though the State government has not yet announced its stand on resumption of academic classes or carrying out of examinations, the Kakatiya University (KU) authorities are continuing the collection of exam fees.

According to sources, this move has apparently drawn flak from the student community and they are now urging the authorities to look into the matter immediately. As KU is one of the largest varsities in the State, students from various parts of the country study here. There are seven colleges on the varsity premises and as many as 529 colleges are affiliated to it. The seven colleges on the main campus has a total strength of around 4,000 in 32 departments. However, after the lockdown, most students left for their native places as per government directions to close all institutions.

As the situation continues to be the same, as a result of which the government has not yet taken any decision about the resumption of classes, both the students and their parents are worried about the former’s future. They are even confused about the academic year and how the pending exams are going to be scheduled.

It is amidst all this chaos that KU started collecting exam fess. As several students hail from poor economic backgrounds, they are unable to pay the exam fees as their parents have been incomeless for the past few months. Since the university continues to remain shut, the students were advised to pay their fee online. However, several students who don’t have proper internet connection and are unaware of this mode, are also struggling. On the other hand, a few other students alleged that the varsity server has not been working properly, as a result of which they haven’t received an acknowledgement slip for the fee they paid.

Meanwhile, the students are also unsure if the varsity would refund the amount collected towards exam fees, in case the government directs promotion of all students. Though such students contacted the KU authorities to get a confirmation, they allege that there has not been any communication from the latter’s part yet. Students are now demanding both the varsity authorities and State government to put an end to the uncertainty over examinations soon. When Express contacted KU’s controller of examination, he was not available for comment.