Snatched arms, started firing at us: T'gana police on why the encounter 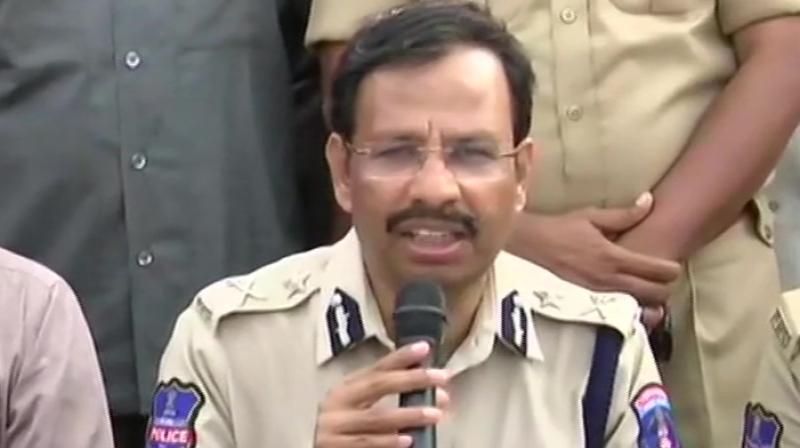 There were around 10 police with the accused persons during the time of encounter,' Sajjanar said.

Hyderabad: Revealing details of the encounter that took place in the early hours Friday morning, Commissioner of Cyberabad Police Vishwanath Sajjanar said officers retaliated in self defence when two of the accused in the rape and murder of a city veterinarian snatched arms from the police.

''The accused attacked the police with sticks and then snatched the weapons from us and they started firing,'' Sajjanar said.

He further said one of the accused, Mohammed Arif, was the first to open fire.
According to the police, the snatched weapons were in an 'unlocked' position.

The police had interrogated the accused in custody on December 4 and 5 and on Friday, they were taken to the crime spot as part of the investigation.
The accused, however, tried to escape from the spot and opened fire at police, forcing cops retaliated in 'self-defence'.

Police have claimed that two of its personnel were injured in the encounter and were taken to a local hospital.

The bodies of the accused have been shifted to a local government hospital postmortem examination.

During the time of the encounter, 10 police personnel were present and victim's cell phone was also recovered from the spot.

Sajjanar also said that Telangana police is ready to answer to any concerned party, who wishes to take cognizance.

Police said that investigation is still going on and they suspect that accused were also involved in several other cases in Karnataka.