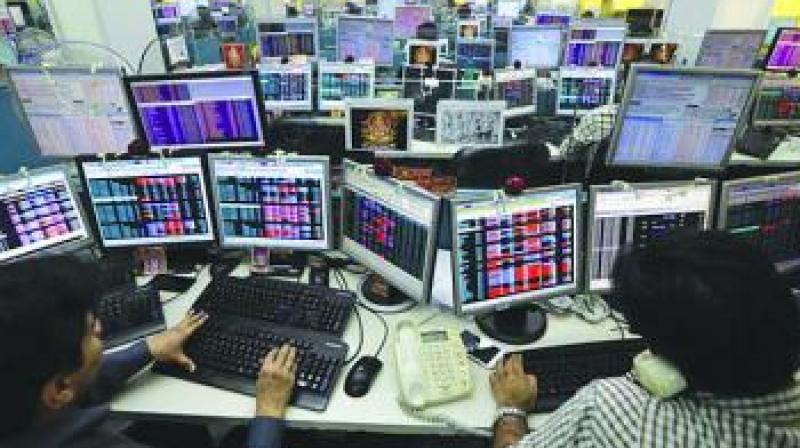 Hyderabad: Investors in Karvy on Sunday slammed the firm for stonewalling them and refusing to respond to their queries over the past couple of weeks. Reacting to Karvy’s response to Deccan Chronicle’s coverage of the issue on Sunday, the investors said Karvy was only trying to deflect its responsibilities and buy more time for itself.

It may be recalled that in its response, Karvy said the “unfortunate situation has arisen due to certain circumstances beyond our control.”

It said all the pending payments would be cleared in a month.

Mr Ashok Ghose, an investor from Pune, whose shares worth at least Rs 5 lakh are blocked in Karvy’s ‘pool’ account, said, “It is clear that someone, somewhere did something wrong. Why else will money and shares belonging to so many people be blocked with Karvy? I don’t believe them for one second.”

Investors are also upset with the Securities and Exchange Board of India (Sebi), accusing it of inaction in the matter. They are trying to start Twitter campaigns to attract the government’s attention, with little success so far. Several of them said they had complained to Sebi as well as the National Stock Exchange (NSE) and the Bombay Stock Exchange (BSE).

However, they rarely got any response.

Mr Ghose said, “First, I complained with Sebi. The officers to whom my case was assigned were hard to reach. After many days, my complaint was referred to the NSE. The officer at the NSE, to my surprise, said that a mail has been sent to Karvy, but “they haven'’t replied.”

If regulators won’t help us, who will,” he asked.

Mr Deepesh Kumar, another investor, said, “The nonchalant behaviour of the broker post the scam exhibits the inefficiency of the regulatory environment in the country. Investors are safe only as long as a broker or a bank doesn’t decide to dupe them.”

Meanwhile, many investors are waking up to the realisation that their shares, or money, might not be safe. Ms Anuradha Reddy, a Hyderabad-based heritage activist and member of Intach, speaking to Deccan Chronicle, said she became aware of the scandal only recently.

“I have a considerable number of shares with Karvy. I have no idea if they are safe and accessible. These decades-old shares were handed to me by my father. He inherited them from his grandfather. They are very special to me. I want to get them transferred to another broker, but I am afraid such a transaction won’t be honoured by Karvy,” she said.