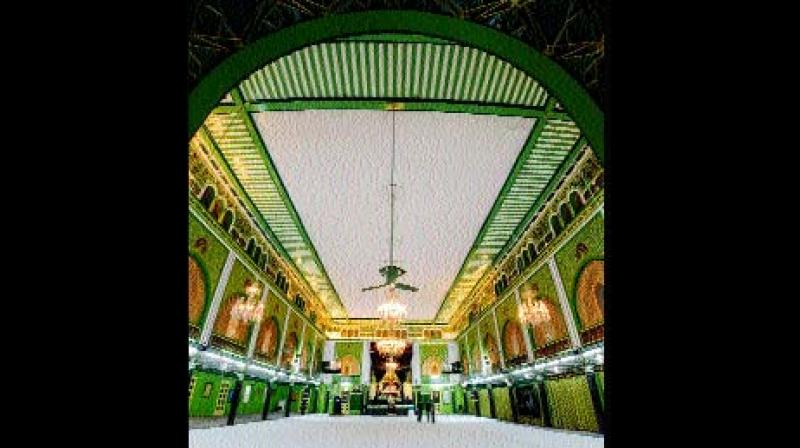 The Aza Khana-e-Zohra constructed in memory of the Nizam’s mother Zehra Begum, in 1930, near Salar Jung Museum, awaits funds for repairs.

Hyderabad: The Aza Khana-e-Zohra is all set for a facelift soon. The ashoorkhana was built by the seventh Nizam Mir Osman Ali Khan in memory of his mother Zehra Begum in 1930.

Also known as ‘Madre-e-Deccan (Mother of Deccan), the ashoorkhana located near the Salar Jung Museum is constructed in the Osmanian style.

“The main roof is a tin slab and due to wear and tear has sustained damage. It was repaired six years ago. Still there are many problems,” said Mr Saleem. It is a listed heritage monument.

Mr Altaf Hyder Razvi, former MIM MLC, said that since Aza Khana Zohra is a heritage structure and important for the Shia community, he had taken up the matter of repairs with Deputy Chief Minister Mohammed Mahmood Ali.

“He assured us of help. But we got nothing so far,” he said.

Mr Saleem said the ashoorkhana was looked after by the Nizam Trust. “There is a separate trust for Aza Khana-e-Zohra, headed by Prince Mufak-kam Jah Bahadur. Any decision on outside funds is taken by the trust,” he said.