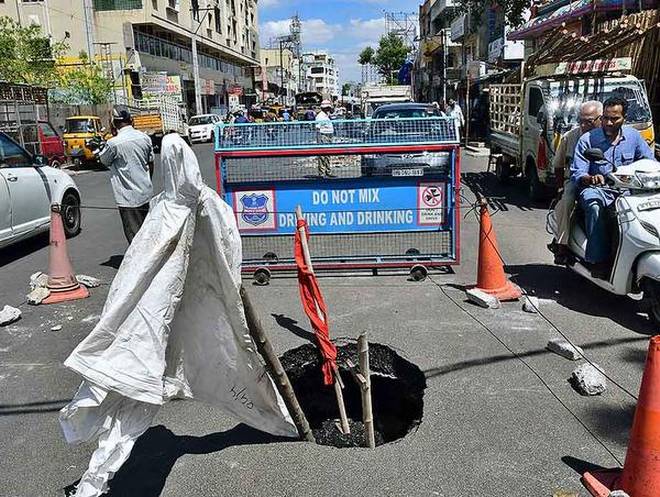 Risky drive: A portion of road in Bapuji Nagar that caved in on Tuesday morning, throwing traffic into a chaos.

A portion of the road in Bowenpally area caved in on Tuesday, resulting in traffic chaos on the busy stretch from Diamond Point to Bapuji Nagar.

A sink-hole appeared in the morning but did not cause any injuries to pedestrians or motorists. Police had cordoned off the damaged portion of the road, allowing vehicles to pass from around it.

At least two drinking-water carrying pipelines and one sewage line are reported to be running under the road.

The Secunderabad Cantonment Board authorities examined the leakage and began repair work. The Cantonment has been witness to multiple leakages and cave-ins in the recent past. Last September, a sink-hole had appeared at Tadbund junction throwing traffic out of gear for a day.