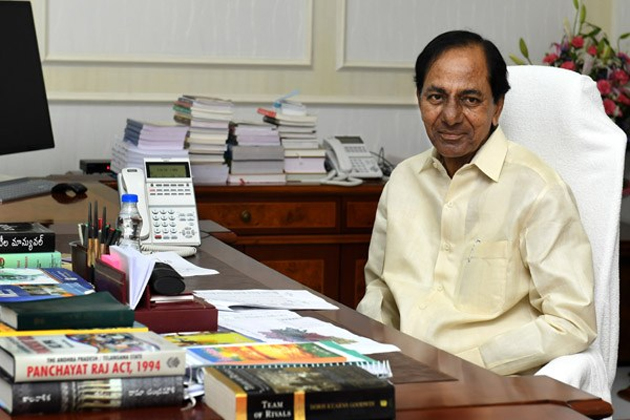 Hyderabad: Poor finances, election-time promises and uncertainty on what funds the Centre will provide to the state in the Union Budget is compounding preparation of the state’s annual Budget for 2019-20. Telangana has decided to present a vote on account Budget as a way out. The average revenue growth is around Rs 2,000 crore per year, but additional expenses keep growing every year. Compared to current financial year, the additional financial burden in the ensuing year is likely to be around Rs 50,000 crore, because of election promises made by Chief Minister K. Chandrasekhar Rao. The state has to depend on off-budget borrowings to meet additional expenses. The Telangana finance department has asked all departments to send budget proposals for the ensuing financial year by January 18.

The Centre has decided to present a vote on account Budget in Parliament on February 8. The state government is also planning to hold a brief Assembly Budget session at the end of this month or in the first week of February.

Telangana finance department officials will face more problems preparing a full Budget than a vote on account one. The poll promises the TRS made are going to be an additional burden on the state exchequer. In the current financial year, the state government has to pay over Rs 8,000 crore in addition to Rs 500 crore to farmers under the Rythu Bandhu scheme during Rabi season.

According to contractors, the state government has to pay Rs 2,500 crore for roads and building works and Rs 6,500 crore for Irrigation works. Till November-end this financial year, the total revenue receipts were around 60 per cent.

In the elections, chief minister K. Chandrasekhar Rao had announced to increase pension amount from Rs 1,000 to Rs 3,016 and reduce age limit for old-age pension to 57 years from the next financial year. Going by rough estimates, the state government's expenditure will jump from Rs 134 crore a month to Rs 650 crore a month from the next financial year.

Officials said there was no way to cut expenses in other schemes to save money. The state government has to depend on central government funds and borrowings.

In addition, the state government has made off-budget borrowings for Kaleshwaram, Mission Bhagiratha and double bedroom housing schemes. Servicing the debt has become a major burden.