Bus fares hike to help pull Telangana out of its debts 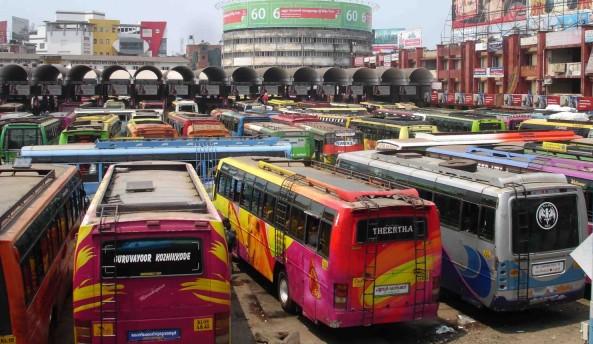 The government’s permission is needed to increase ticket prices by over 10 per cent.

Hyderabad: Increasing bus fares might be a way to pull the state road transport corporation out of the Rs 3,000 crore debt accumulated since Telangana state’s formation.

An expert committee constituted for improving RTC received the same suggestion from many employee unions. “It has been four years since the corporation hiked ticket fares,” an RTC official said. The government’s permission is needed to increase ticket prices by over 10 per cent.

Though there were representations from the corporation to permit a hike, the same was being denied as it would have meant increased burden on the people. But employee unions feel the government should not politicise the decision. They felt that if a decision considering the RTC’s financial position was taken, people would understand.

Despite continuous rise in fuel prices, the corporation has managed to stick to the same ticket price for the past four years. Hike in diesel prices has contributed to 38 per cent of the total loss of around Rs 463 crore that the corporation reported till November 2018. RTC has spent over Rs 700 crore for overall purchase of fuel last year.

An RTC official speaking on the condition of anonymity said: “The expenditure the corporation is incurring is increasing by the day, but income remains the same. It would be difficult for any organisation to survive with such meagre funds. There were demands to allocate at least one per cent of the state budget for RTC’s survival, but it’s not being put on the table.”

Adding to the woes is the provision of bus passes for students, journalists, senior citizens. The corporation is spending around `550 crore per annum, which needs to be reimbursed by the government, but this is getting delayed. An expert committee has been constituted to work on the domain of transportation, carry out an in-depth study of RTC and suggest plans and measures for its efficient functioning.