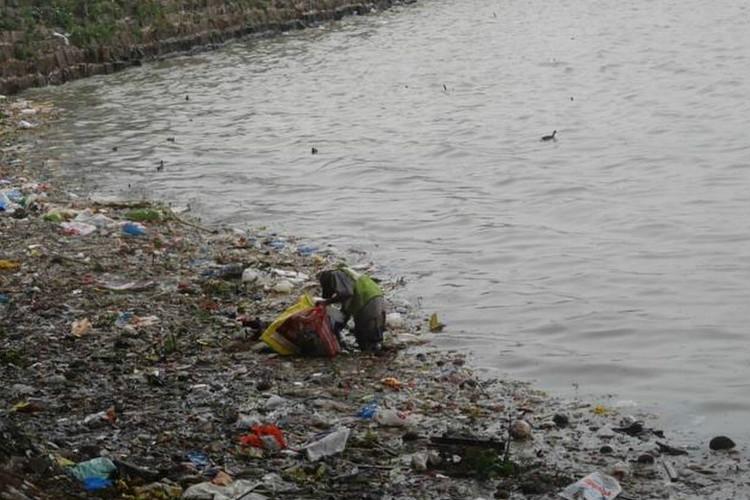 A 34-year-old man, a native of West Bengal residing in Hyderabad, drowned allegedly by suicide at a prominent lake in the city, reportedly over fears of having contracted COVID-19. The body that went missing in the lake on Friday was recovered by the police on Sunday. The man was reportedly denied admission at several hospitals.

The Ramgopalpet police told The New Indian Express that the man identified as Pulthan, working as a goldsmith, was residing at Doodbowli of Old City with his family. Police say Pulthan initially went to a local doctor at Attapur who treated him for a few days and was later referred to a corporate hospital by the same doctor.

He was however denied admission at the corporate hospital but was instead asked to visit Gandhi Hospital as he was considered a suspected COVID-19 case and did not undergo any tests for COVID-19.

The man however did not attempt to go to Gandhi Hospital, reported the Times of India.

The Ramgopalpet inspector T Chanchala Babu, told the paper that on Friday, Pulthan requested a friend to accompany him to the lake claiming that he will get respite from the breathing difficulty if he breathed in the air near the lake.

Both men reached the lake by an auto and Pulthan requested his friend to remain seated in the auto claiming he will be back shortly. The goldsmith reportedly drowned in the lake on Friday. The lake police and the rescue teams were unable to recover the body even on Saturday. The body surfaced on Sunday.

Pultan’s body was not taken to the morgue to be tested but was instead shifted to a designated burial ground where dead bodies of COVID-19 patients are cremated.

Telangana on Sunday reported 1,590 new COVID-19 cases, pushing the state's tally to 23,902. After the steepest single-day hike of 1,892 cases on Friday and 1,850 cases on Saturday, the numbers came down to below 1,600. According to the director of public health, the state also saw seven deaths on Sunday, taking the death toll to 295.

If you are aware of anyone facing mental health issues or feeling suicidal, please provide help. Here are some helpline numbers of suicide-prevention organisations that can offer emotional support to individuals and families.

Both are 24-hour helpline numbers.

Aasara offers support to individuals and families during an emotional crisis, for those dealing with mental health issues and suicidal ideation, and to those undergoing trauma after the suicide of a loved one.