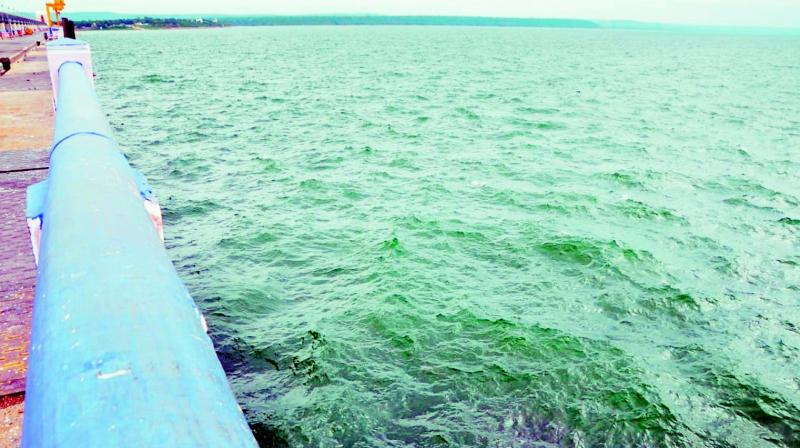 VIJAYAWADA: In response to Telangana’s fresh complaint against Rayalaseema Lift Irrigation Scheme, Krishna River Management Board (KRMB) has written to the Andhra Pradesh government reiterating that the project shall not be taken up until the same is appraised by the Central Water Commission (CWC) or the board, and gets the apex council’s sanction.

The board has shot off a missive before the apex council meeting, which has been proposed in view of the ongoing tussle between both the two Telugu States after Andhra Pradesh sanctioned the RLIS project, scheduled on August 5.

Board member Harikesh Meena, in a letter dated July 29, pointed out that the AP government did not furnish the detailed project report (DPR) as sought by the KRMB.The board member said that according sanction to the project was in violation of Section 84, Paragraph 7 of the AP Reorganisation Act, 2014.

Citing the complaint filed by Telangana Engineer-in-Chief C Muralidhar Reddy on July 25, Harikesh Meena said, "In the letter it is stated that Andhra Pradesh is going ahead with the tender process of the RLIS by issuing tender notification without complying with the instructions of the KRMB. In view of the above, it is reiterated that the Andhra Pradesh government shall not go ahead with the above projects till the same is appraised by the KRMB and CWC and sanction of the apex council is obtained."

In fact, the RLIS and upgradation of Pothireddypadu Head Regulator canal system was what prompted the Union Jal Shakti Ministry to schedule the apex council meeting in the first place.On their part, the Andhra Pradesh water resources officials are in the process of drafting a detailed response to the board’s communication.

“We have already cleared the air regarding the project in the board meeting. We have also submitted our grievances regarding the projects taken up by Telangana in Krishna Basin, but no action has been taken up. We will once again flag-up the issues. We will be sending our response next week,” a senior official from the department told TNIE.

In his complaint sent to the board on July 225, the Telangana ENC (Irrigation) requested the board to advise Andhra Pradesh to refrain from the tender process.

"Once the tender is finalised, Andhra Pradesh will go ahead with the execution of the project without obtaining any approvals from the appropriate authorities, which would have an adverse impact on the Telangana projects in Krishna Basin. The Andhra Pradesh government may also contend that once tenders are finalised, it can’t put the project on hold on the pretext of some legal issues that may develop with the agencies," he claimed.

In response, the board shot off a letter to the Special Chief Secretary (Water Resources) Adityanath Das reiterating that the project shall not be executed.

It may be recalled that the KRMB sought DPRs of all projects — old and new — proposed and being constructed by the twin Telugu States after it held a meeting in June. The board asked for the DPRs after both the States complained against the projects being taken up by the other. However, the DPRs have not been submitted by both the parties yet.