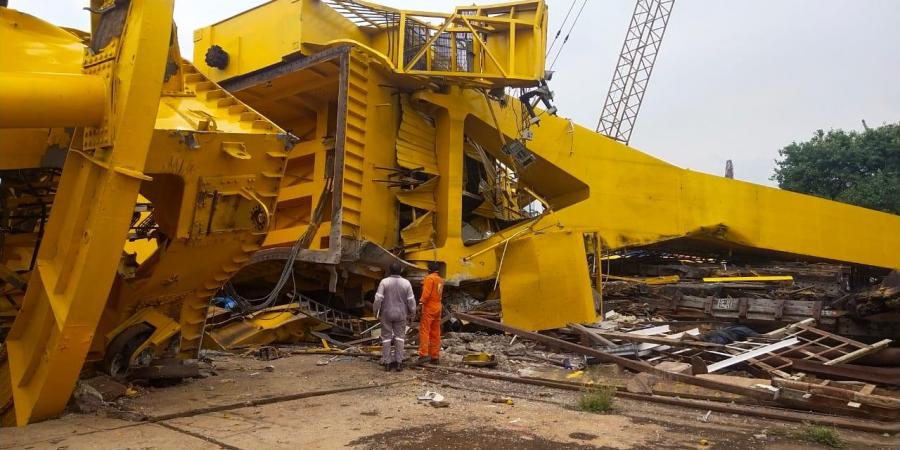 VISAKHAPATNAM: In yet another major mishap in Visakhapatnam, 10 persons were killed and at least four others injured when a heavy crane collapsed on them at Hindustan Shipyard Ltd on Saturday afternoon.

Confirming the deaths of 10 workers to The New Indian Express, Malkapuram Circle Inspector Kuna Durga Prasad said the relief operations were still going on and the exact number of casualties is yet to be ascertained. The accident happened when the cable of the crane reportedly got snapped during loading operations at the shipyard.

Ambulances were rushed to the spot to shift the injured. The police also joined the rescue operations. The toll is likely to go up as some more persons were said to be trapped under the debris of the crane. It is not immediately known how many workers were present at the site when the crane collapsed.

Meanwhile, a tense situation prevailed at the shipyard with family members of the workers reaching there to know about the safety of their kin. Shipyard and police officials are not allowing anyone inside the premises and are taking up rescue operations.