Miscreants destroy sculptures worth Rs 45 lakh, dump them near Himayatsagar 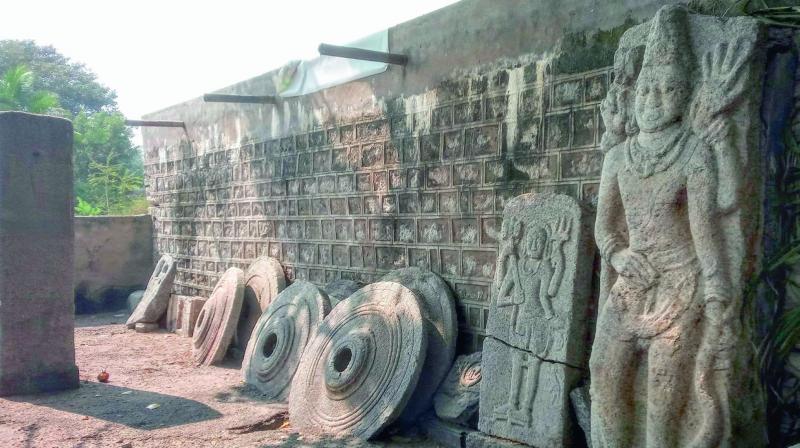 Hyderabad: A group of miscreants damaged sculptures worth Rs 45 lakh belonging to national award-winning sculptor A Kumara Swamy, and dumped them on the roadside near Himayatsagar.

Kumara Swamy, a resident of Gandipet, told the police that 40 sculptures made by him were damaged by a group of people who were claiming the ownership of the godown, which he has taken on rent at Kismatpura. Some of the sculptures were ready to be handed over to the government for installation at different towns.

Kumara Swamy said that he has taken the godown on lease from one M. Naveen Kumar. On July 29, a group of persons claiming ownership of the land, trespassed took away the sculptures.

Speaking to Deccan Chronicle, Kumara Swamy, a national award-winning sculptor, said, “I do not have any relation with the ownership of the land. I only took the place on lease.”

“Even if they had called and informed me, I would have taken away my sculptures. It is my hard work and invaluable effort, all of which are damaged now,” shared Swamy.

The Rajendranagar police registered a case of trespassing and damaging the property and is searching for the accused.