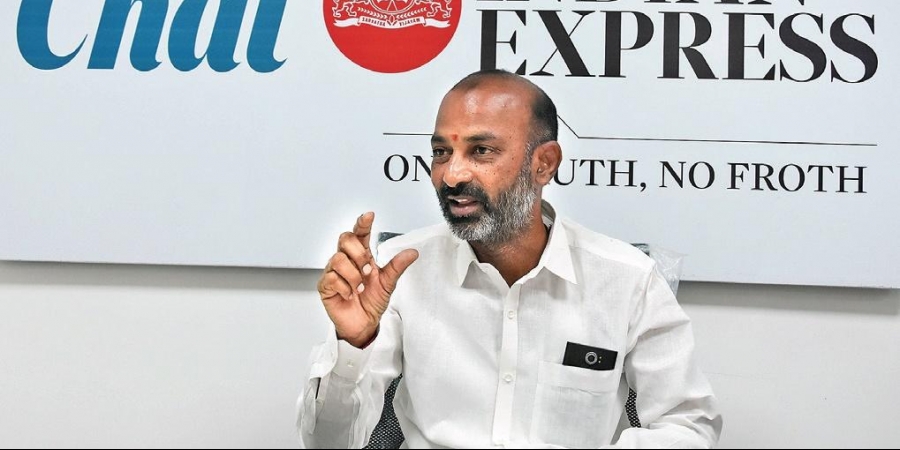 HYDERABAD: Alleging that there was a hidden pact between the Chief Minister’s of Andhra Pradesh and Telangana regarding AP’s move to upgrade the Pothireddypadu Head Regulator, BJP Telangana State president and Karimnagar MP Bandi Sanjay Kumar on Friday lambasted Chief Minister K Chandrasekhar Rao for ‘not showing’ interest in the Apex Council meeting on resolution of water disputes.

Levelling serious allegations, Bandi said that the Chief Minister had minted money out of the Kaleshwaram project and wanted his AP counterpart to get the same chance now. Following Bandi’s letter addressed to Union Minister of Jal Shakti Gajendra Singh Shekhawat, the Minister had called for an Apex Council meeting on August 5. “Both Chief Minister’s are evading the meeting thinking that the projects would be halted,” he alleged. Addressing a virtual press conference, he said: “While Rao, who spends most of his time at his farmhouse, does not have an hour to safeguard the interests of people. And he claims that he will not forego a single drop of water,” he said.