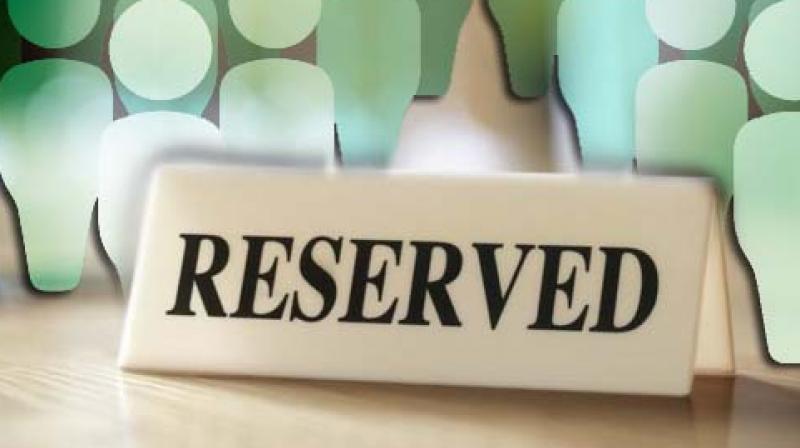 Telangana has decided to go the way of several other states such as Maharashtra, Andhra and Karnataka which have policies to hire a majority of local people in industry.

Hyderabad: The Telangana Cabinet on Wednesday approved a proposal to reserve 80 per cent of semiskilled jobs and 60 per cent of skilled jobs for local people. This will apply to new industries coming up in the state.

These proposals were contained in the draft policy tabled by IT and industries minister K.T. Rama Rao, which was discussed and approved at a Cabinet meeting chaired by chief minister K. Chandrashekar Rao.

In preparing the policy draft, the Industries Department acted upon a diktat from Chandrashekar Rao to give preference to local people in new industries coming up in the state after since introduction of the TS-iPASS industrial policy.

In another decision, the cabinet felt that the IT industry in Hyderabad should not be concentrated at one point but spread all over the city. It approved a GriD policy — Growth in Dispersion — to give incentives to IT companies if they set up in areas other than western Hyderabad.

To encourage and promote the use of electric vehicles to decrease air pollution, the Cabinet approved the TS Electronic Vehicle and Energy Storage Solution Policy which will provide incentives to e-vehicle manufacturers.

It was felt that this has faced a lot of criticism across industry quarters and the media, stating that it violates the constitutional provisions of equality and that Article 16 specifically states that no citizen shall, on grounds of religion, race, caste, sex, descent, place of birth, residence, be ineligible for, or discriminated against in respect or, any employment or office.

The state government felt that instead of adopting such negative measures to employ local manpower it should propose an innovative two-pronged strategy to create a favourable environment to ensure that local youth are employed in industries.

During the meeting, the chief minister said one of the objectives of the new industrial policy was to attract investments to empower local people by skill development, employment generation, strengthen the economic well-being and improve overall standard of living of local people.

The Cabinet decided that the industries established in the state need to be facilitated with the employable local manpower through synergy between the government, Industry and the academia. It was also decided to ensure availability of skilled manpower through institutions like TASK, tagging core industries with ITIs/Polytechnics to ensure continuous availability of skilled manpower.