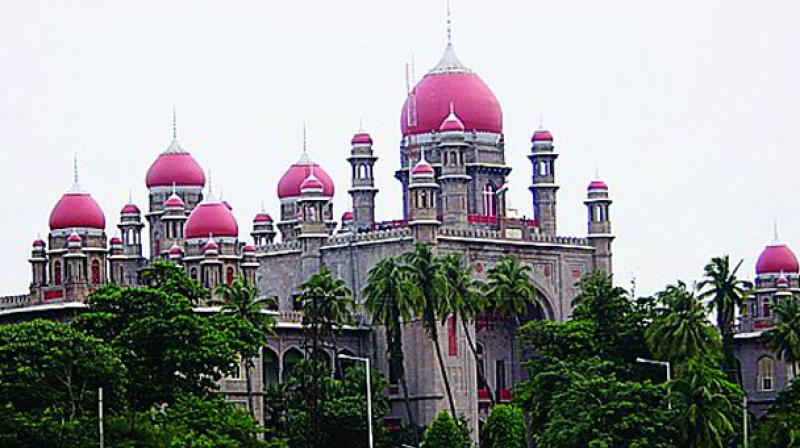 Hyderabad: The Telangana High Court on Wednesday questioned the state government why it was not taking action against Apollo Hospital at Jubilee Hills and the Basavatarakam Indo-American Cancer Hospital and Research Institute at Banjara Hills which were given prime land at concessional rates on the condition that they would provide free treatment to the poor but were now refusing to extend medical treatment to Covid-19 patients hailing from economically weaker backgrounds.

A division bench comprising chief justice Raghavendra Singh Chauhan and Justice B. Vijaysen Reddy was dealing with a PIL filed Omim Manekshaw Debara, president of the Confederation of Voluntary Associations (COVA), an NGO, seeking a direction to the state government to initiate action against the two hospitals for not extending treatment to poor Covid-19 patients.

Gandra Mohan Rao, counsel for the petitioner, said these hospitals were leased prime land at concessional rates by the government after assuring that they would reserve 15-25 per cent of beds for the poor, and extend free consultation to 40 per cent of out-patients. However, these hospitals were violating GO no. 517 of 1981 and GO no. 484 of 1989 which specifically stated that the hospitals must extend free treatment to patients from poor economic backgrounds.

“Why is the state government is not initiating any action against these hospitals?In fact more stringent action should be initiated against these two hospitals by cancelling their lease agreement and the government should take back the land allotted to them for violations,” the CJ commented.

Issuing notices to the government and to the hospitals to respond to the PIL, the court directed the High Court Registry to tag the PIL along with 18 other PILs on Covid-19 treatment.