Kerala rain: Red warnings for 5 districts on Saturday, for 3 on Sunday 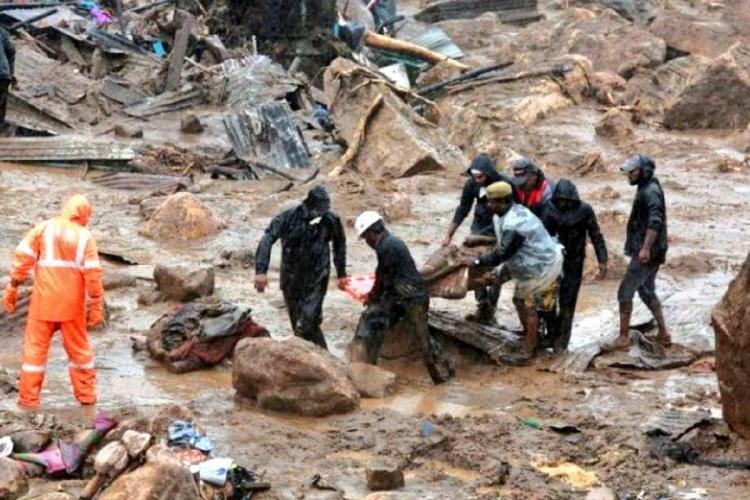 While orange warning (expecting heavy to very heavy rainfall, need to be alert) has been sounded in six districts for on Saturday, three are orange on Sunday. These are Kozhikode, Kannur and Kasaragod.

There are, as of now, no red warnings issued for Monday, August 10. However, Malappuram and Kannur have been given orange warnings.

The nowcast issued by the IMD at 2 pm on Saturday suggests moderate to heavy rainfall accompanied with gusty wind speed reaching 40 km/hr is likely at one or two places in Kollam, Alappuzha, Idukki, Pathanamthitta, Palakkad, Malappuram, Kozhikode, Wayanad, Kannur and Kasaragod districts.

Fishermen on the Kerala and Karnataka coasts and the Lakshadweep area have been warned not to venture out to the sea with strong winds of 50 to 60 km/hr speeds likely to prevail along and off the coasts.

The low-pressure area that formed over southwest Madhya Pradesh and adjoining Gujarat region has become less marked, says the extended forecast on August 7.  However, the associated cyclonic circulation now lies over Kutch and neighbourhood, it adds.

Another low-pressure area is likely to develop over the north and adjoining west central Bay of Bengal around August 9, the forecast says.

In the week from August 7 to 13, the IMD has predicted widespread rainfall activity, along with isolated heavy to very heavy rainfall over Kerala and Mahe. Cumulatively, above normal rainfall is likely over the entire state.

15 people have died in a landslide in Munnar. Just terrible. Having visited these sites earlier, one thing I can say is that it is tough for rescuers. Very tough. This happened in the Kanan Devan plantation pic.twitter.com/GAWSJ1prTk