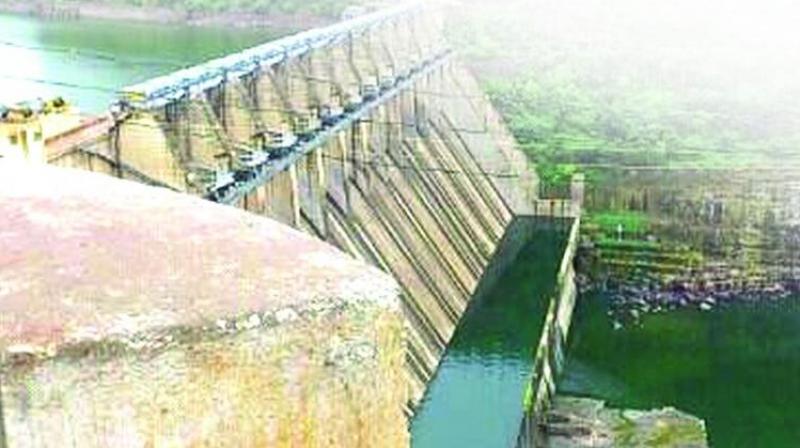 The Union Water Resources Ministry has instructed both Andhra Pradesh and Telangana, which are at loggerheads with each other over some projects being conceived or built in their states, not to proceed with them as Detailed Project Reports (DPRs) have not been submitted to the Centre. Minister for Jal Shakti, Gajendra Singh Shekhawat, in separate letters to Telangana Chief Minister K Chandrasekhar Rao and his Andhra Pradesh counterpart YS Jagan Mohan Reddy on Friday said that the AP government has objected to six irrigation projects or schemes, including the Kaleshwaram Lift irrigation Scheme that Telangana has taken up on the Godavari river.

The Ministry said Telangana has serious objections to the AP government's administrative sanction to draw and utilise six to eight TMC of water per day from the Srisailam reservoir on Krishna river. The KCR-led TRS Government alleged that this move was in violation of the provisions of the Andhra Pradesh Reorganisation Act, 2014 and detrimental to the interests of Telangana.

"It was brought to my notice that government of AP has recently issued a tender notice for taking up the Rayalaseema Lift Scheme and other related works. Under the circumstances, I wish to reiterate that government of AP should not proceed with these projects including calling and awarding the tenders as objected to by government of Telangana, without submitting the DPRs to KRMB (Krishna River Management Board) for appraisal and also without obtaining the sanction of Apex Council," the Union Minister told Jagan Mohan Reddy in his letter.

"Under the circumstances, I wish to reiterate that government of Telangana should not proceed with the above projects objected to by government of AP without submitting the DPRs to GRMB (Godavari River Management Board) for appraisal and also without obtaining the sanction of Apex Council," Shekhawat told KCR.

In a bid to iron out differences between both the Telugu states, the Water Resources Minister had earlier proposed the Apex Council meeting on August 5. However, Telangana expressed its inability to attend the meeting on that date, saying the date is not convenient and requested the Centre to fix the date after August 20. The Apex Council, headed by the Union water Resources Minister, has Chief Ministers of Telangana and AP as members.