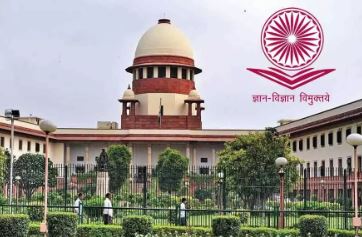 New Delhi: The Supreme Court on Monday granted time to the University Grants Commission (UGC) to respond to the affidavits filed by Maharashtra and Delhi governments, in which they submitted they will not conduct the final term exams at state universities as per the circular.

Solicitor General Tushar Mehta, appearing for the UGC, submitted that Maharashtra and Delhi have filed an affidavit and have taken a decision that they will not conduct the examination in state universities and have cancelled the exams.

Speaking on this, Tushar Mehta said, "It is against the UGC rules. UGC is the only body that can prescribe rules for conferring a degree. States cannot change rules. It's not in the interest of students to not have exams." A bench of the apex court, headed by Justice Ashok Bhushan, granted time to Mehta to file a response to the affidavits filed by Maharashtra and Delhi and adjourned the matter for further hearing on August 14.

Mehta said that the students have to continue preparing for exams and if exams are not conducted, the students will not be granted degrees. He explained that degrees wouldn't be recognised if there is no exam. The counsel for the petitioner told the court that the UGC guideline for holding exams before the end of September is not legal or constitutionally valid.

The apex court was hearing a batch of petitions challenging a UGC circular dated July 6 which mandated the universities across the country to conduct the final term exams by the end of September. The petitioners sought the cancellation of the final term exams in view of the spread of novel Coronavirus.