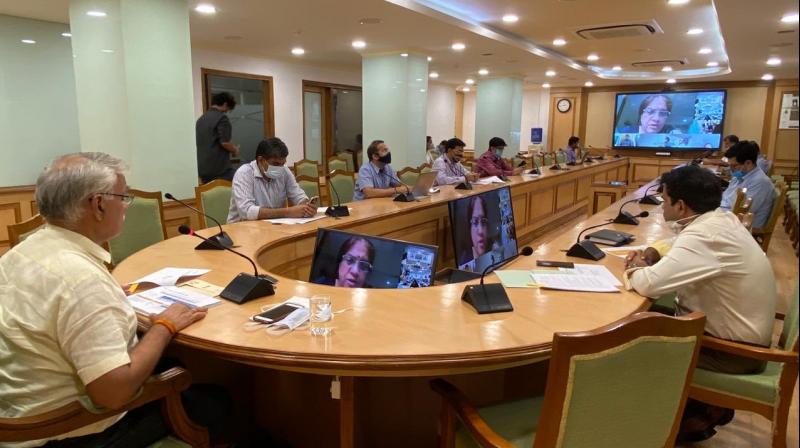 The Centre has reviewed progress of ts flagship programmes, including PMAY (U), AMRUT, Swachh Bharat Mission, Smart Cities Mission and PM SVANidhi scheme, in Andhra Pradesh and Telangana, an official said on Friday.

According to the Union Housing and Urban Affairs Ministry, Andhra Pradesh has so far provided 3.33 lakh water tap connections under the Atal Mission for Rejuvenation & Urban Transformation(AMRUT).

In the meeting, the secretary was informed that Andhra Pradesh has tied up with Energy Efficiency Services Ltd (EESL) for replacement of conventional streetlights with LED lights in 32 cities. All identified 6,30,000 streetlights have been replaced in the state.

Official said that under Pradhan Mantri Awas Yojana (PMAY), the state has taken approval for 20.15 lakh houses, adding that all urban local bodies have been certified Open defecation free.

About Telangana, official said that under the AMRUT Mission, out of 9.01 lakhs new household water tap connections proposed to be provided through AMRUT and convergence, 2.76 lakh connections have already been provided by the state.

The sate has tied up with EESL for energy audit of water pumps and completed audit in 11 Mission cities.