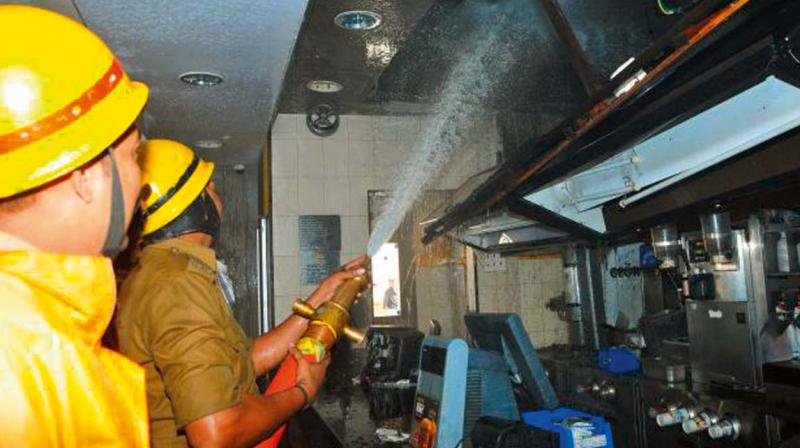 Almost 6 months after 68 junior colleges in the state were ordered to shut down over poor fire safety measures that do not conform to minimum standards, they continue to operate and even invite new admissions.

The Telangana State Board of Intermediate Education had sought time till March to shut the colleges, after the issue had reached the high court after activist Dantham Raje filed a PIL over junior colleges running from unsafe buildings without fire safety. These included as many as 18 junior colleges of Sri Chaitanya Educational Institutions and 26 of the Narayana Educational Institutions.

However, as they still continue to operate till date, NSUI Hyderabad and activist Dantham Raje have requested the Intermediate Board to look into the criminal activity of the institutes and take appropriate action.

Reacting to this, Syed Omar Jaleel, Secretary, TSBIE has said that he had received the complaints and ordered a report on the issue.

"I have a detailed report with me on the issue and we have taken cognisance of the unruly institutes. We will take action on the concerned junior colleges on 3 fronts, that is on civic grounds, criminally and judicially. We will issue notices to these colleges saying that they are not allowed to operate as per the HC's orders. Furthermore, we will file a police complaint with the reports we have gathered, whereas judicially there will be a contempt of court case filed against such institutes."