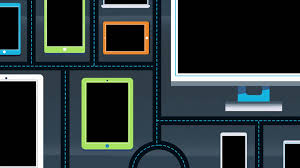 Hyderabad: Sources told our website that close to thirty lakh bank accounts across India are beneficiaries of the companies involved in the online gaming fraud, headquartered in China, to which payments, ranging from a few thousand to lakhs of rupees were made, after defrauding them of 10 times more than the money they had invested by placing bets on the companies.

Transactions of Rs 1 crore and more have been found in each of the nearly 100 accounts, suspected to have been used for hawala transactions. It is suspected that around 20 lakh people would have actually placed bets while the remaining were receiving payments through hawala.

After investigation into the multi-crore online gaming fraud which was busted last month, investigators have now begun to write to all the banks to immediately freeze those 100 accounts while the remaining accounts are being scrutinised. An amount of Rs 9 crore was parked with Razorpay, a payment gateway.

The detectives had stumbled upon a Hyderabad-based merchant dealing in human hair who was receiving payments through hawala and there were many more like him who were using the same route to receive payments.  It was found that another gaming company, "Aoke Club", established by the Chinese company had an account with  Cashfree, through which an amount of Rs 80 lakh was deposited into the bank account of the local merchant.

This way, both parties do business, evade taxes and import duty, among other charges in both countries. The merchant had been a regular supplier of human hair to a Kolkata-based exporter, who in turn was exporting tonnes of hair to China over the last many years.

Senior executives of Razorpay were summoned by the CCS who explained in detail the transactions. The money was parked by Aoke Club, which is one of the many companies floated by the Chinese company. Razorpay has shut down the company’s account.