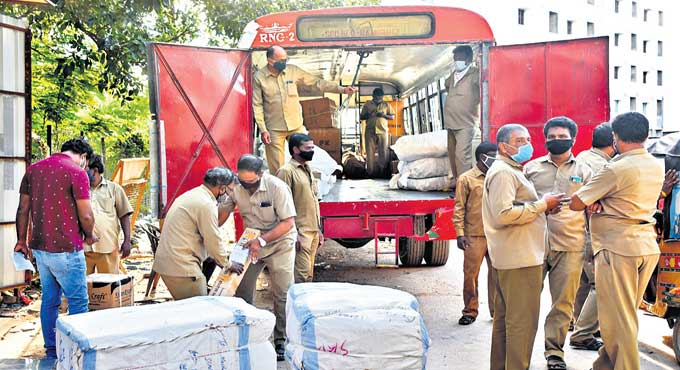 Hyderabad: Telangana State Road Transport Corporation (TSRTC) is eyeing on commercial revenue to uplift its financial status and planning big on their vacant lands across the State. Accordingly, RTC had entered into an MoU with HPCL and IOCL for commissioning and operation of retail fuel outlets on mutually agreed terms and conditions.

According to TSRTC officials, the corporation will generate a straight profit of Rs 2.5 lakh to Rs 3 lakh per month from every petrol outlet towards licence fee and dealer margin. For operation of fuel outlets, the corporation appointed zone wise service providers through open tenders for three zones. The service provider of Karimnagar Zone has opted for premature termination of the agreement after operating certain fuel outlets for a period of one year.

“Once 92 fuel outlets are opened, we would realise a profit of around Rs 27 crore per month, which would help stabilise our financial status. Required NOCs need to be obtained for 39 outlets which are pending at different stages at government, and once these outlets are commenced by RTC itself, the total expected revenue would be Rs 83.58 lakh per month,” said an official.

The fuel outlets at Hanumakonda, Mahabubabad, Janagaon, Bichkonda, Birkur and Asifabad will be operated with the help of RTC employees who turned jobless due to introduction of private hire buses, an official added. This apart, parcel, courier and cargo services has turned out to be hit with revenue consistently inching towards Rs10 lakh a day. A few weeks back, RTC generated Rs 7 lakh per day through these services which generates monthly revenue to over Rs 2 crore.