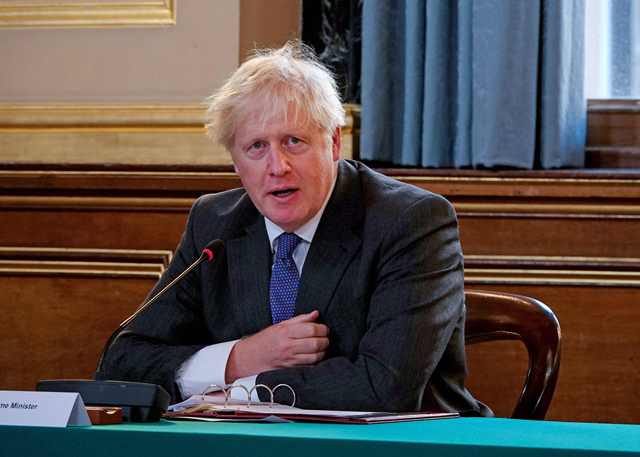 London: UK Prime Minister Boris Johnson’s controversial bill that aims to override parts of the Brexit divorce agreement struck with the European Union (EU) cleared its first parliamentary hurdle by winning the first House of Commons vote by 340 to 263 votes.

The Internal Market Bill, which has faced strong criticism from the Opposition parties and senior members of Johnson’s own Conservative Party, is set for rebellions as it progresses through further stages in its parliamentary process despite Johnson’s 80-seat majority in the Commons.

The government says the bill contains vital safeguards to protect Northern Ireland and the rest of the UK if negotiations on a future trade deal with the EU break down.

But critics warn that it risks damaging the UK by breaching international law. Two ruling Tory party members of the parliament- Sir Roger Gale and Andrew Percy- voted against the bill on Monday night, while a further 30 abstained, which includes general absences from the House.

During a five-hour debate ahead of the vote on Monday evening, Johnson claimed the EU’s current approach could lead to excessive checks and even tariffs on goods moving from Great Britain to Northern Ireland.

He said the bill would ensure the UK’s “economic and political integrity”, accusing the EU of making unfair demands to “exert leverage” in the trade talks – including a threat to block food exports.

“Now that we have left the EU, and the transition period is about to elapse, we need the armature of our law once again to preserve the arrangements on which so many jobs and livelihoods depend. That is the fundamental purpose of this bill,” he told the MPs.

“I regret to have to tell the House that in recent months the EU has suggested that it is ready to go to extreme and unreasonable lengths using the Northern Ireland Protocol in a way that goes well beyond common sense, simply to exert leverage against the UK in our negotiations for a free trade agreement,” he claimed.

“I understand how some people will feel unease over the use of these powers. And I share that sentiment myself and I have absolutely no desire to use these measures. They are an insurance policy,” he added.

The prime minister also held a call with his Tory party members of the House of Lords on Monday night in anticipation of the bill eventually moving to the Lords.

The Opposition Labour Party accused the government of reneging on a deal Johnson signed earlier this year, and on which Conservative members of the parliament campaigned in the December 2019 General Election.

The Commons also voted against a Labour amendment to reject the bill entirely by 349 votes to 213. The parliamentarians will now begin detailed scrutiny of the bill on Tuesday with Conservative members seeking further assurances that the UK will not betray its treaty obligations.

The bill is designed to enable goods and services to flow freely across England, Scotland, Wales and Northern Ireland when the UK leaves the EU’s single market and customs union on January 1 at the end of the current transition period.

But, controversially, it gives the government the power to change aspects of the EU withdrawal agreement, a legally-binding deal governing the terms of the UK’s exit from the EU earlier this year.