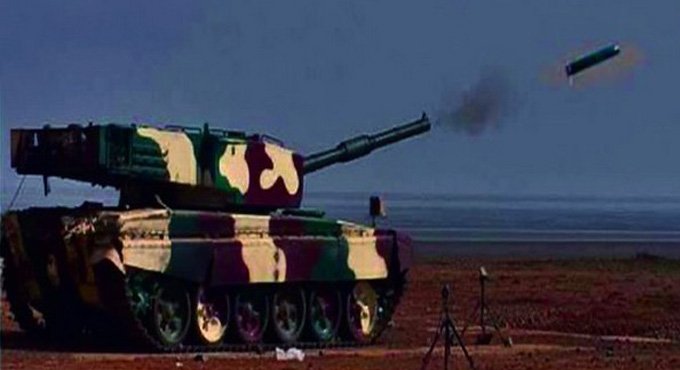 The ministry said the ATGM successfully defeated a target located at 3 km during the tests.
Defence Minister Rajnath Singh congratulated the DRDO for the successful test-firing of the Laser-guided Anti Tank Guided Missile from MBT Arjun at KK Ranges.

“Congratulations to DRDO for successfully conducting test firing of Laser-Guided Anti Tank Guided Missile from MBT Arjun at KK Ranges (ACC&S) in Ahmednagar. India is proud of Team DRDO, which is assiduously working towards reducing import dependency in the near future,” Singh tweeted.

“Laser-guided ATGMs lock and track the targets with the help of laser designation to ensure precision hit accuracy. The missile employs a tandem HEAT warhead to defeat Explosive Reactive Armour (ERA) protected armoured vehicles. It has been developed with multiple-platform launch capability and is currently undergoing technical evaluation trials from gun of MBT Arjun,” stated the release from Defence Ministry.