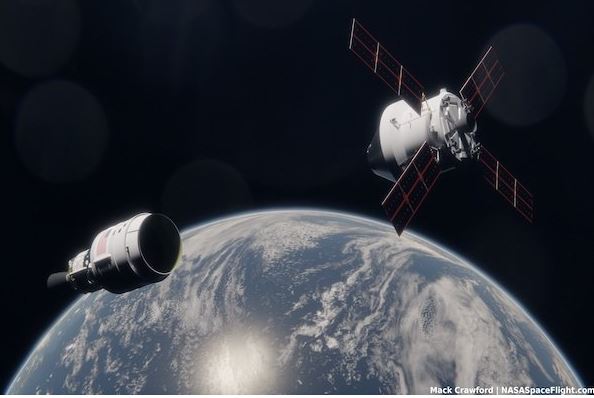 NASA unveiled its Artemis Plan to re-establish a presence on the moon in preparation for human exploration of Mars. NASA revealed that it plans to send a woman to the moon for the first time in 2024.

NASA published the outline for its Artemis program, which plans to send the next man and first woman to the lunar surface by the year 2024. The last time NASA sent humans to the Moon was in 1972, during the Apollo lunar mission.

“When Artemis III lands the first woman and next man on the Moon in 2024, America will demonstrate a new level of global space leadership,” NASA said in the Artemis plan. “With lunar exploration capability re-established, NASA and the world will be ready to build a sustained presence on the lunar surface in preparation for human exploration of Mars.”

What is the Artemis program?

With the Artemis program, NASA wishes to demonstrate new technologies, capabilities and business approaches that will ultimately be needed for the future exploration of Mars.

The program is divided into three parts, the first called Artemis I is most likely to be launched next year and involves an uncrewed flight to test the SLS and Orion spacecraft. Artemis II will be the first crewed flight test and is targetted for 2023. Artemis III will land astronauts on the Moon’s South Pole in 2024.

What does it take to go to the moon?

For NASA, going to the moon involves various elements – such as the exploration ground systems (the structures on the ground that are required to support the launch), the Space Launch System (SLS), Orion (the spacecraft for lunar missions), Gateway (the lunar outpost around the Moon), lunar landers (modern human landing systems) and the Artemis generation spacesuits – are all ready.

NASA’s new rocket called SLS will send astronauts aboard the Orion spacecraft a quarter of a million miles away from Earth to the lunar orbit.

Once the astronauts dock Orion at the Gateway — which is a small spaceship in orbit around the moon — they will be able to live and work around the Moon, and from the spaceship, will take expeditions to the surface of the Moon.

In June, NASA finalised a contract worth $187 million with the Orbital Science Corporation of Dulles, Virginia, which will be responsible for the design and logistics.

In 1959, the Soviet Union’s uncrewed Luna 1 and 2 became the first rover to visit the Moon. Since then, seven nations have followed suit. Before the US sent the Apollo 11 mission to the Moon, it sent three classes of robotic missions between 1961 and 1968.

After July 1969, 12 American astronauts walked on the surface of the Moon until 1972. Together, the Apollo astronauts brought back over 382 kg of lunar rock and soil back to Earth for study.

Then in the 1990s, the US resumed lunar exploration with robotic missions Clementine and Lunar Prospector. In 2009, it began a new series of robotic lunar missions with the launch of the Lunar Reconnaissance Orbiter (LRO) and the Lunar Crater Observation and Sensing Satellite (LCROSS).