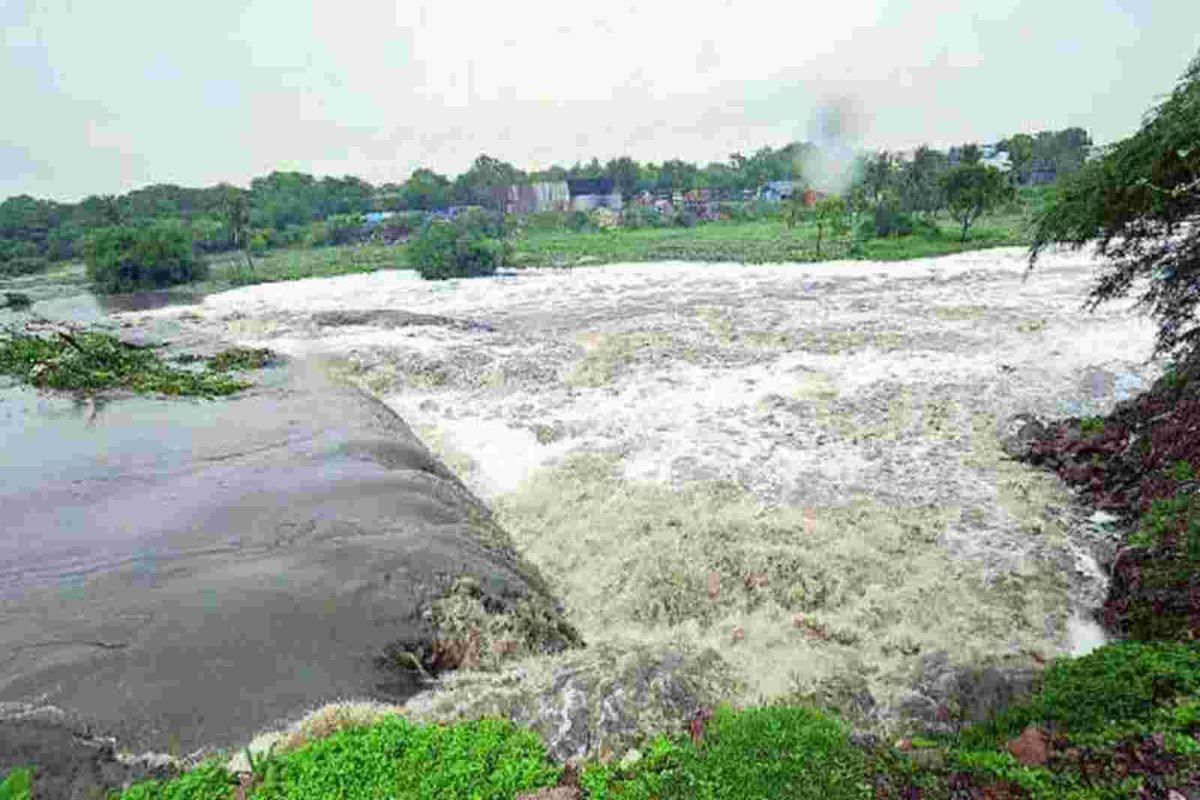 With the Musi project getting heavy inflows after the rainfall, the authorities have lifted four gates releasing the water to the downstream.

The current inflow of the project is 15,743 cusecs while the outflow is 12,387 cusecs. At present, the water level in the reservoir touched 642.95 feet as against the full-reservoir level 645 feet.

Currently, the capacity of the project is 3.93 tmc as against the total capacity of 4.46 tmc. All the irrigation projects in the state were filled in the full capacity, the officials are diverting the water to the local tanks.

Similarly, water inflows into Srisailam project stood at 5,81,000 cusecs while about 5,06,00 cusecs were released from the project. Also, the Nagarjuna Sagar project was receiving about 4,70,000 cusecs of water and discharging an estimated 4,59,000 cusecs.hansindia