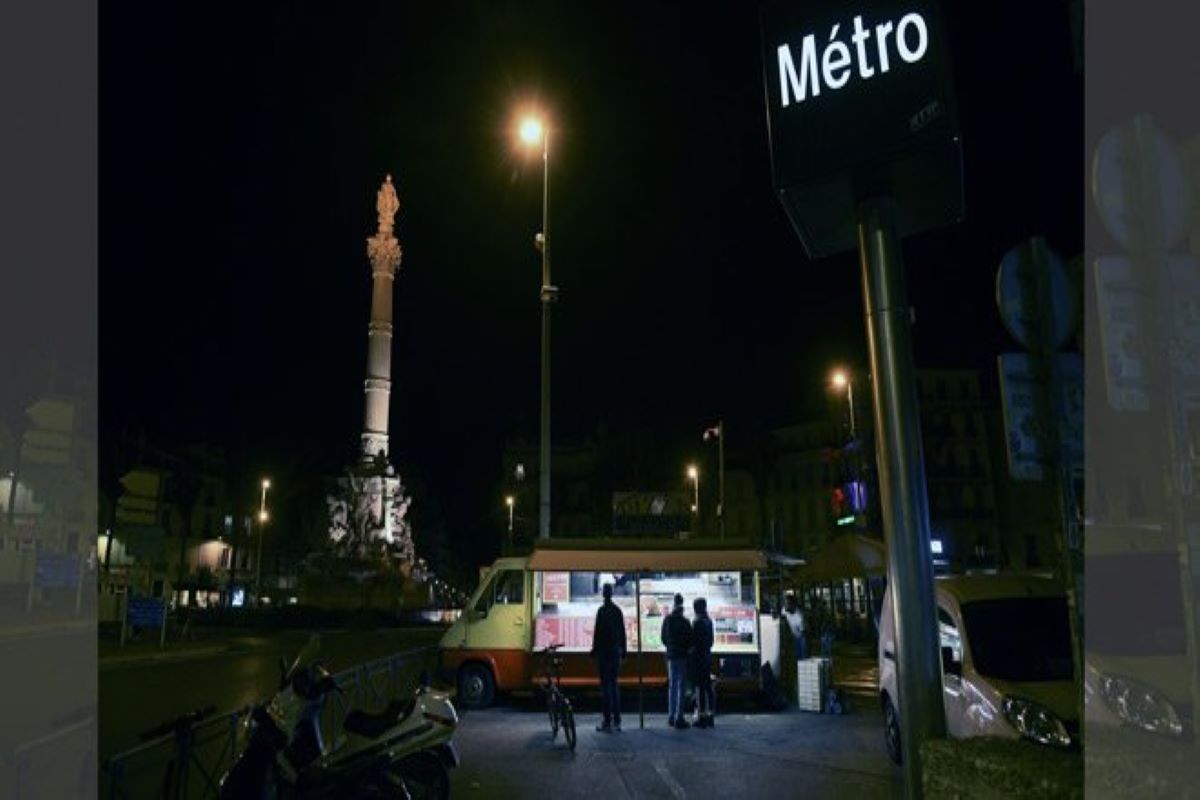 Paris: Millions of French people enjoyed a last night of freedom on Friday before a Covid-19 curfew in Paris and other large cities came into force at midnight, for a least a month, prompted by an alarming surge in new cases.

The curfew aims to keep some 20 million people home from 9 pm to 6 am from Saturday — 30 percent of the French population.

It was ordered by President Emmanuel Macron this week as the number of new infections and deaths raised the spectre of hospital overloads like those seen in March and April.

Health authorities on Friday recorded more than 25,00 new coronavirus cases, after Thursday’s record of over 30,000. A total of 122 people were said to have died of the virus in 24 hours.

The mood in the streets of the capital Paris ahead of the curfew taking effect was something akin to New Year ‘s Eve, with tables overflowing in bars and the sound of laughter in the air.

“We will enjoy it as much as possible, a restaurant, bar hopping and a little walk with friends on the Champs-Elysées”, said 19-year-old Kurtys Magdelo who was out with friends.

New infections have been rising most rapidly among older citizens, with confirmed cases up by around two-thirds over the past six weeks, Sophie Vaux, an epidemiologist at the Sante Publique health agency, told reporters.

The situation in retirement homes has again become “very worrying”, the agency said.

The ARS health authority for the southeastern Auvergne-Rhone-Alpes region, which includes Grenoble, Lyon and Saint-Etienne, on Friday asked hospitals to cancel all non-urgent surgery to safeguard intensive care capacity for future Covid cases.

While the curfew has broad public support — a Harris Interactive poll after Macron’s announcement found 70 percent approval — officials in several cities worried about the heavy social and economic costs of a measure set to last four weeks, or possibly six if the health situation fails to improve.

Paris Mayor Anne Hidalgo is pressing the government to ease the rules for theatres, cinemas and other cultural venues so that patrons can return home later.

“If we start allowing multiple exceptions,” he told French TV, “we’re not going to make it”.

Prime Minister Jean Castex added Friday: “The rules must apply to everyone”.

Restaurant owners have complained bitterly about a measure they say makes little sense given the strict social distancing rules they have already applied.

“I’ve never seen anything like this in the 50 years I’ve been here,” said Stain Roman, manager of La Mere Buonavista restaurant in Marseille, another city facing the curfew.

Marseille’s mayor Michele Rubirola said residents were paying the price “through the loss of their daily pleasures, their freedom, or through economic hardship”.

People will need a signed certificate or an electronic version downloaded to a phone for activities allowed during the curfew, such as walking their dog, or risk a fine of 135 euros ($160) just like during the two-month lockdown earlier this year.

The curfew measure, just ahead of the start of a two-week school holiday, contains no travel restrictions, raising the prospect that huge numbers of families will flee cities for the country.

That prompted officials in Le Touquet, a popular resort town on the English Channel, to impose its own curfew, with bars and restaurants ordered to close at 11:30 pm.

Nationwide, wedding celebrations and other parties in public venues as well as student parties have been outlawed, and people are being urged to limit gatherings in private homes to six people.

“We have to act. We need to put a brake on the spread of the virus,” Macron said Wednesday when he also put the country back under a health state of emergency starting Saturday.

Public broadcaster France Television said it would do its bit to help people through the curfew by adding a feature film every night to its usual programming, mostly during prime time.telanganatoday